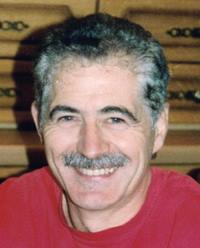 Co-Founder and Optometrist at Murray & Haggerty, and Professor of Visual Neuroscience at The University of Manchester.

History of the aviator sunglasses

Aviator sunglasses are a style of sunglasses that were developed by Bausch & Lomb. The original Bausch & Lomb design is now marketed as Ray-Ban Aviators, although other manufacturers also produce aviator-style sunglasses.

They are characterised by dark, often reflective lenses having an area two or three times of area of the eyeball,[clarification needed] and very thin metal frames with double or triple bridge (so-called ″bullet hole″) and bayonet earpieces or flexible cable temples that hook behind the ears. The original design featured G-15 tempered glass lenses, transmitting 15% of incoming light. The large lenses are not flat but slightly convex. The design attempts to cover the entire range of the human eye and prevent as much light as possible from entering the eye from any angle. 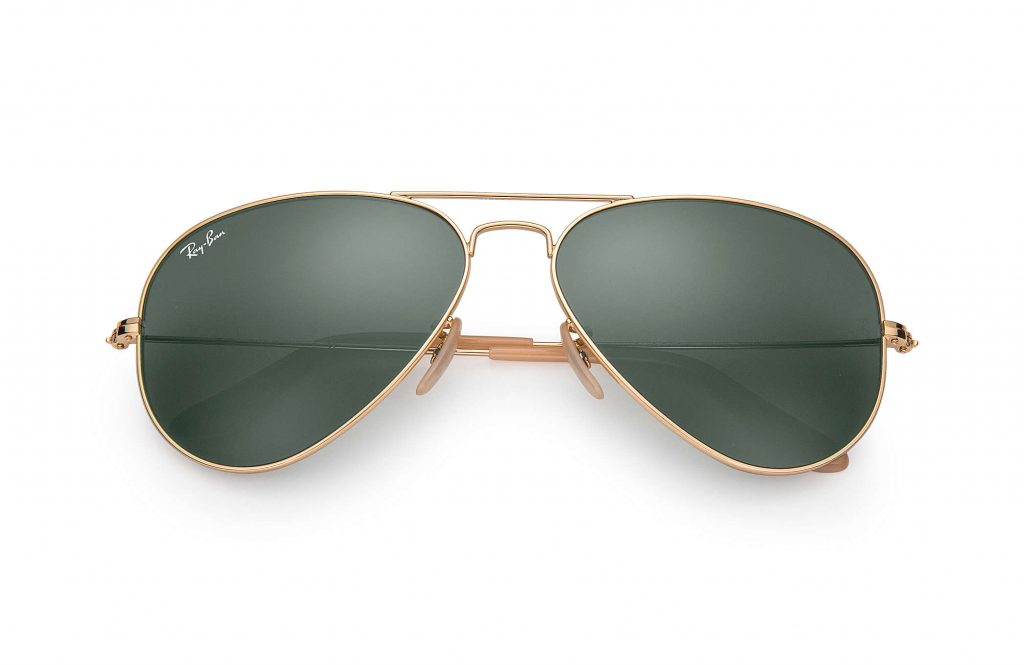 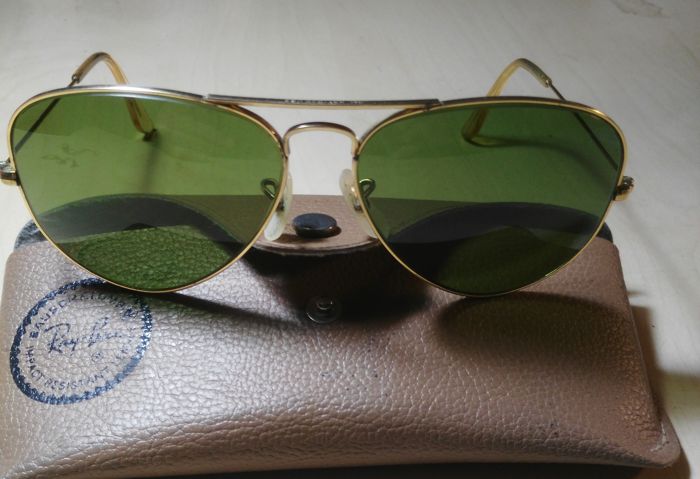 Aviator sunglasses, or “pilot’s glasses”, were originally developed in 1936 by Bausch & Lomb for pilots to protect their eyes while flying, thus the name aviator. This style of sunglasses is credited with being one of the first popularised style of sunglasses to be developed. In its military usage, the sunglasses replaced the outmoded flight goggles used previously, as they were lighter, thinner, and “more elegantly designed”. Writing about the transition of aviators from military gear to a commercial product, Vanessa Brown wrote that, “The War was a revelation of the sheer might, scale, power, and horror of the modern world which necessitated a new kind of military demeanour and gave rise to new definitions of the heroic stance which was to have a profound influence on modern fashion.” Eventually, the aviator sunglasses produced by Bausch & Lomb were trademarked as “Ray Bans”.

Aviators became a well-known style of sunglasses when General Douglas MacArthur landed on a beach in the Philippines in World War II and newspaper photographers snapped several pictures of him wearing them that became a lasting image of the Second World War. Bausch & Lomb dedicated a line of sunglasses to him in 1987. 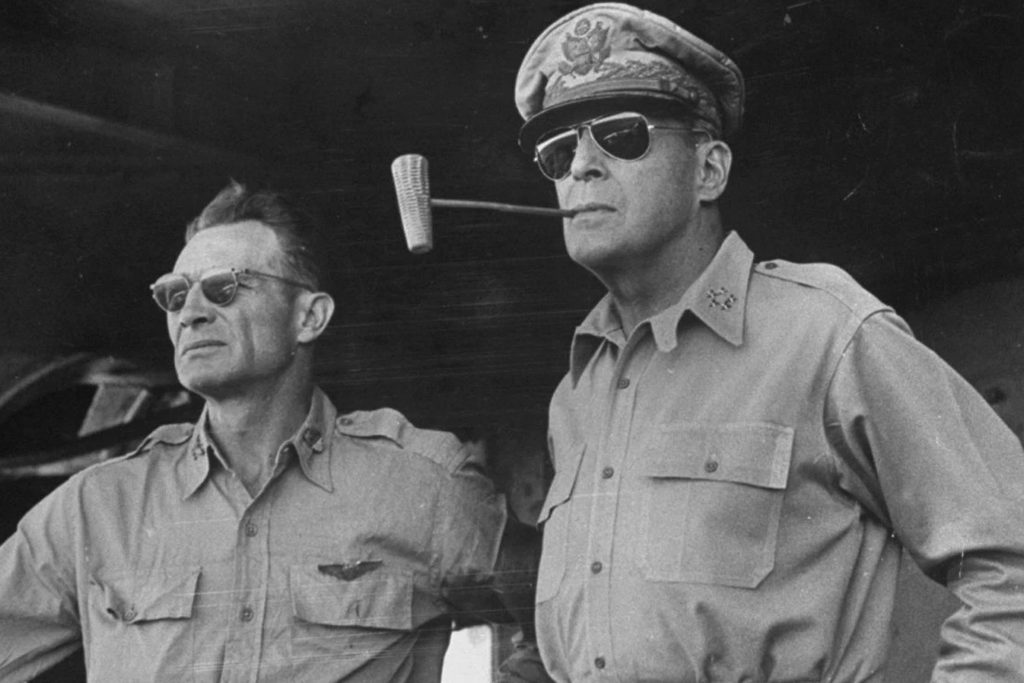 The first advertisements for Ray-Ban aviators stated they would provide “real scientific glare protection” and were sold as sporting equipment. At this time, they had not yet taken on their name of “aviators”, the Second World War having not yet begun. In addition to popularity in the 1950s, aviators were popular in the 1970s and 1980s, with coloured frames, being worn by public figures like Michael Jackson and Elvis Presley. During the 1950s, aviator sunglasses were a part of the cultural style, mimicking military style. 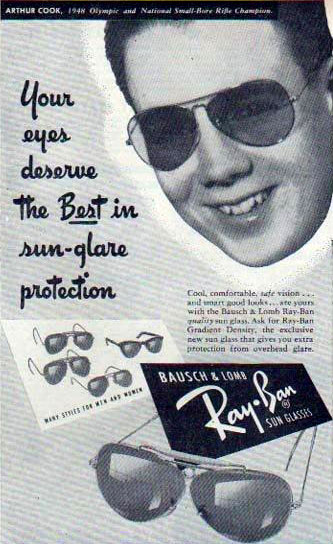 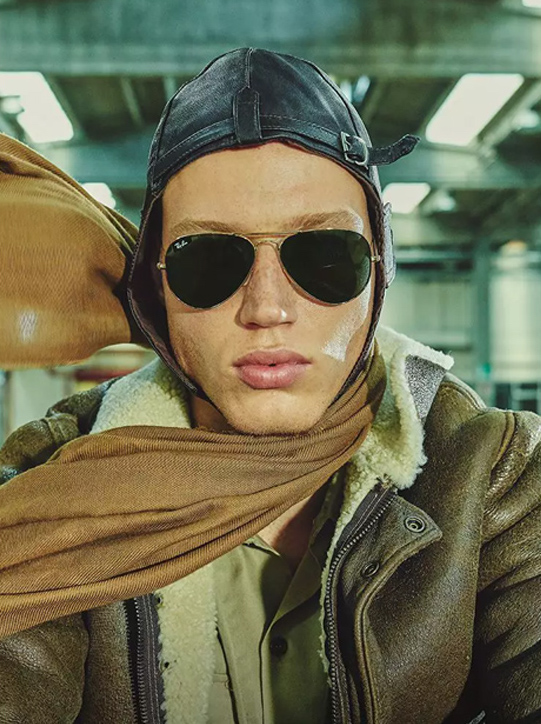 We now have the whole range of Ray-Ban aviator sunglasses in stock at our Didsbury store. 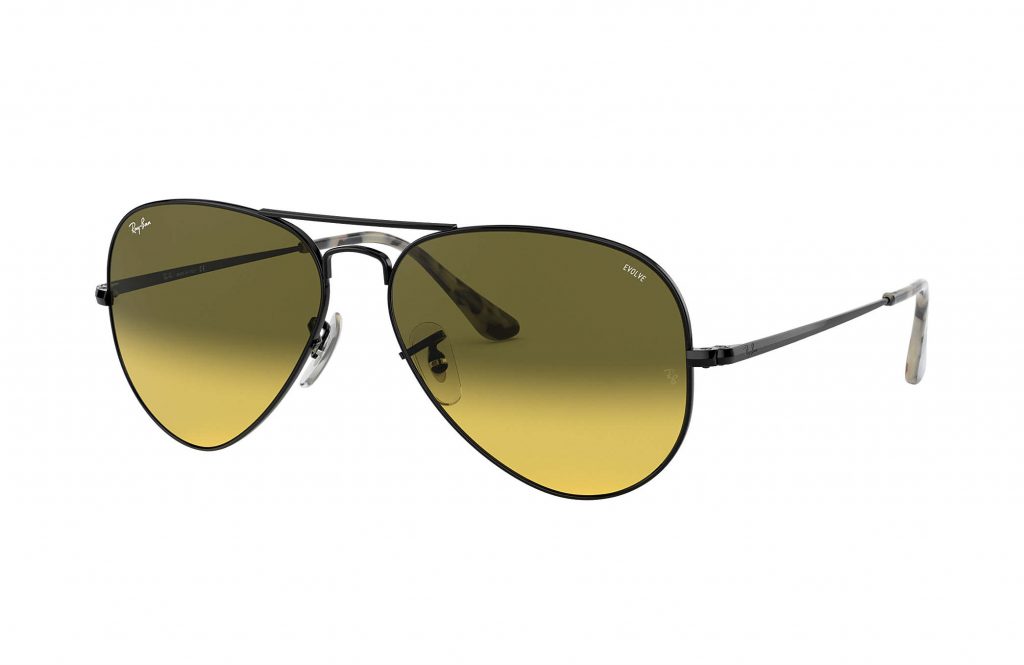 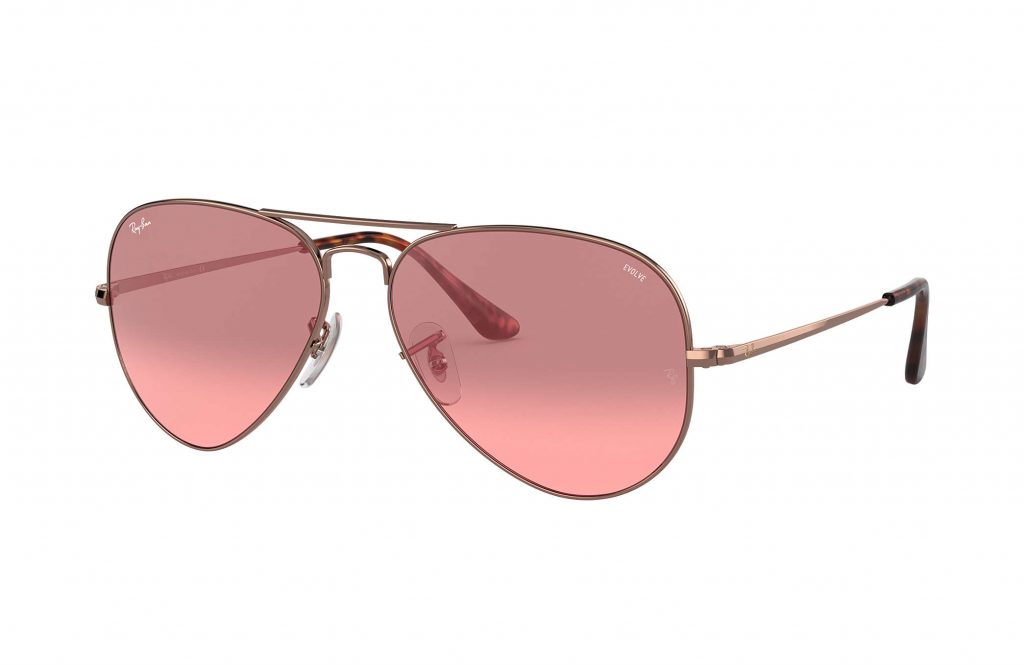 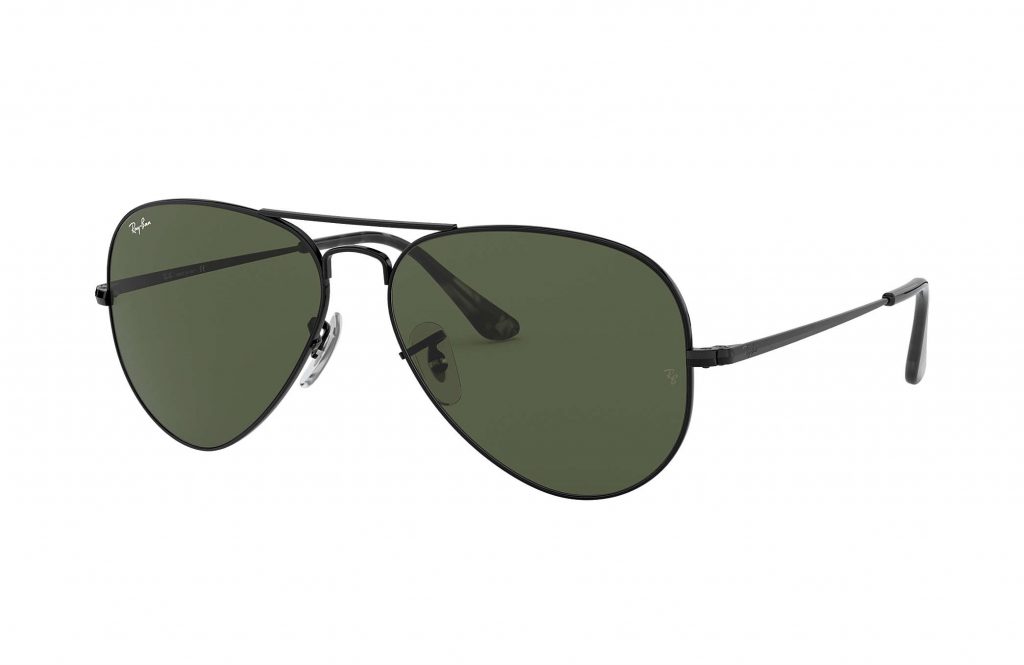 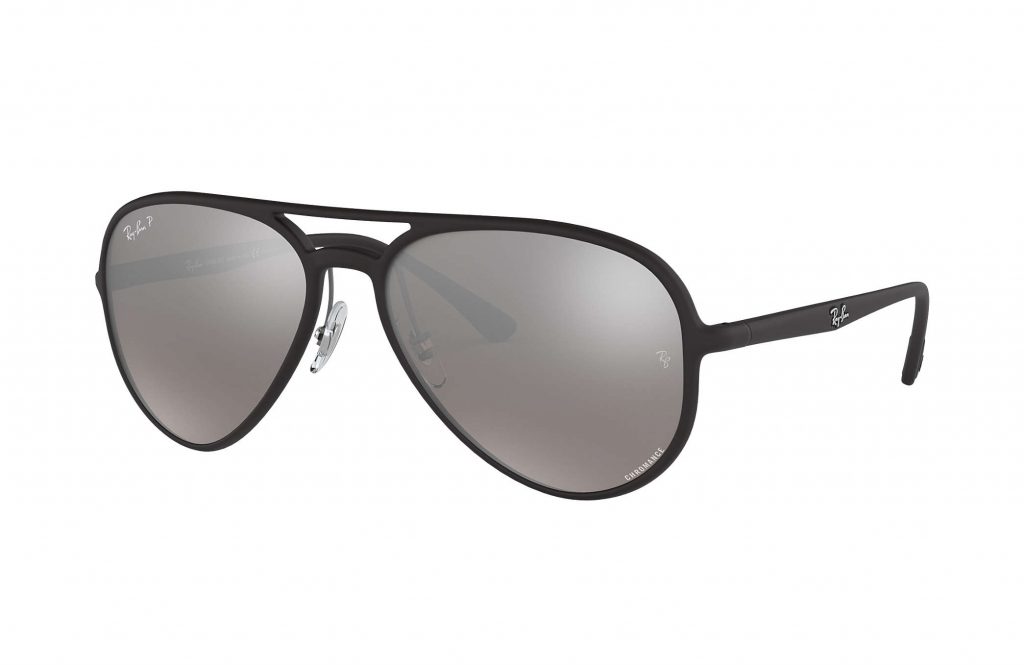